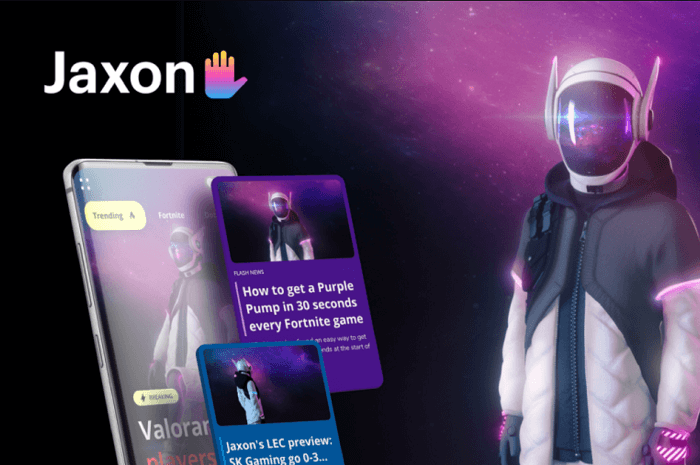 Jaxon, a New Esports App, Launches with the Goal of Improving How Fans Stay Up to Date

Jaxon is the product of a collaboration between Samsung and Upday, aiming to combine esports news with infotainment, offering community features, calendars, and more.

The Strategic Projects Manager at Upday, Sebastian Gastl, had an interview with Abois recently about the launch of Jaxon. Abios is a data partner for Jaxon based on its exceptional coverage of tournaments, reliable network, and always-on customer service. In that interview, he confirmed and clarified several aspects of the app.

The first big piece of information is what the app actually does: pooling info about a user’s favorite esports games from channels like YouTube, news sites, social media, as well as first-party content. The purpose is to create a single platform for fans to use that defragments the landscape, so users can get everything they need in one place.

Jaxon has been in development since December of 2020.

Even though the development of the universal esports app was just six months ago, the development timeline was purposely short due to extreme collaboration efforts between Samsung and Upday.

Upday is already the preinstalled news service on Samsung devices, so a strong relationship between the two companies already existed. Samsung is a long-time supporter of esports, which also made accepting the pitch and diving into development fast and easy.

A twist to the new app/esports news service is that Jaxon is also a character. He is a space-themed mascot of the app and will act as esports’ first virtual influencer. He brings personality to the app and his influence is planned to reach from the core of the service to far beyond the walls of the app.

The first public version of Jaxon is already released with an update expected in August 2021.

Right now, Jaxon is available as an Early Access app, meaning it’s not quite ready for prime time. Next month, though, a heavy update will be released that carries over significant improvements and new features that will bring it one step closer to an official release.

Jaxon is designed to become the number 1 esports news app in Europe. As a feature-rich service and support from three top-tier organizations, it certainly has the potential.