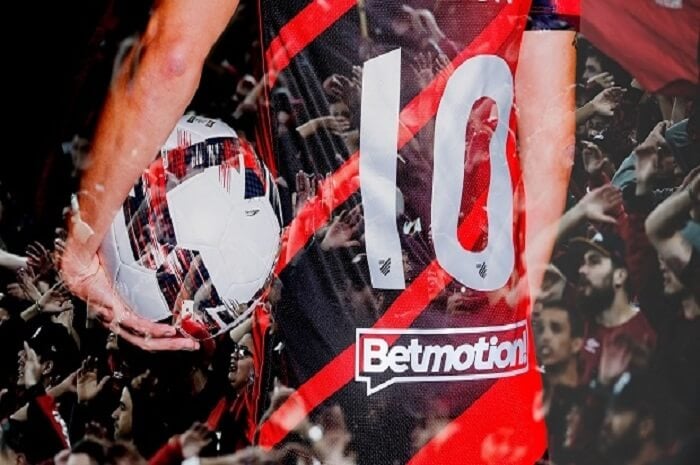 The deal will last for one year and see Betmotion’s branding printed on the club’s jerseys.

Club Athletico Paranaense is the 15th to partner with Betmotion.

The club is one in a long history of Betmotion’s sponsorship deals for Brazilian football teams. Other names include Novo Basketball Brazil (NBB), Fluminense FC, and player Cristiane Rozeira.

Betmotion benefits from much more than team shirt branding.

Club Athletico Paranaense has a streaming platform called Furacão Live, on which Betmotion will be able to use for further exposure. The bookmaker can display exclusive offers for the service’s members when games are streamed live.

Through Furacão Live, Betmotion can more appropriately position its offerings to potential customers as more than just a logo. By the end of the year, fans and followers of Club Athletico Paranaense will be wholly familiar with the bookmaker.

The football club made the announcement on June 13.

During its match with Grêmio on June 13, Club Athletico Paranaense announced the sponsorship deal with Betmotion in the Campeonato Brasileiro.

In a statement from the Commercial and Institutional Relations Director of Club Athletico Paranaense, Mauro Holzmann, the club wholeheartedly welcomes Betmotion. The club recognizes the bookmaker as one of the “biggest sports betting entertainment sites” and hopes the sponsorship might continue beyond one year.